A Diva's Exit (or lack thereof) A Haibun poem 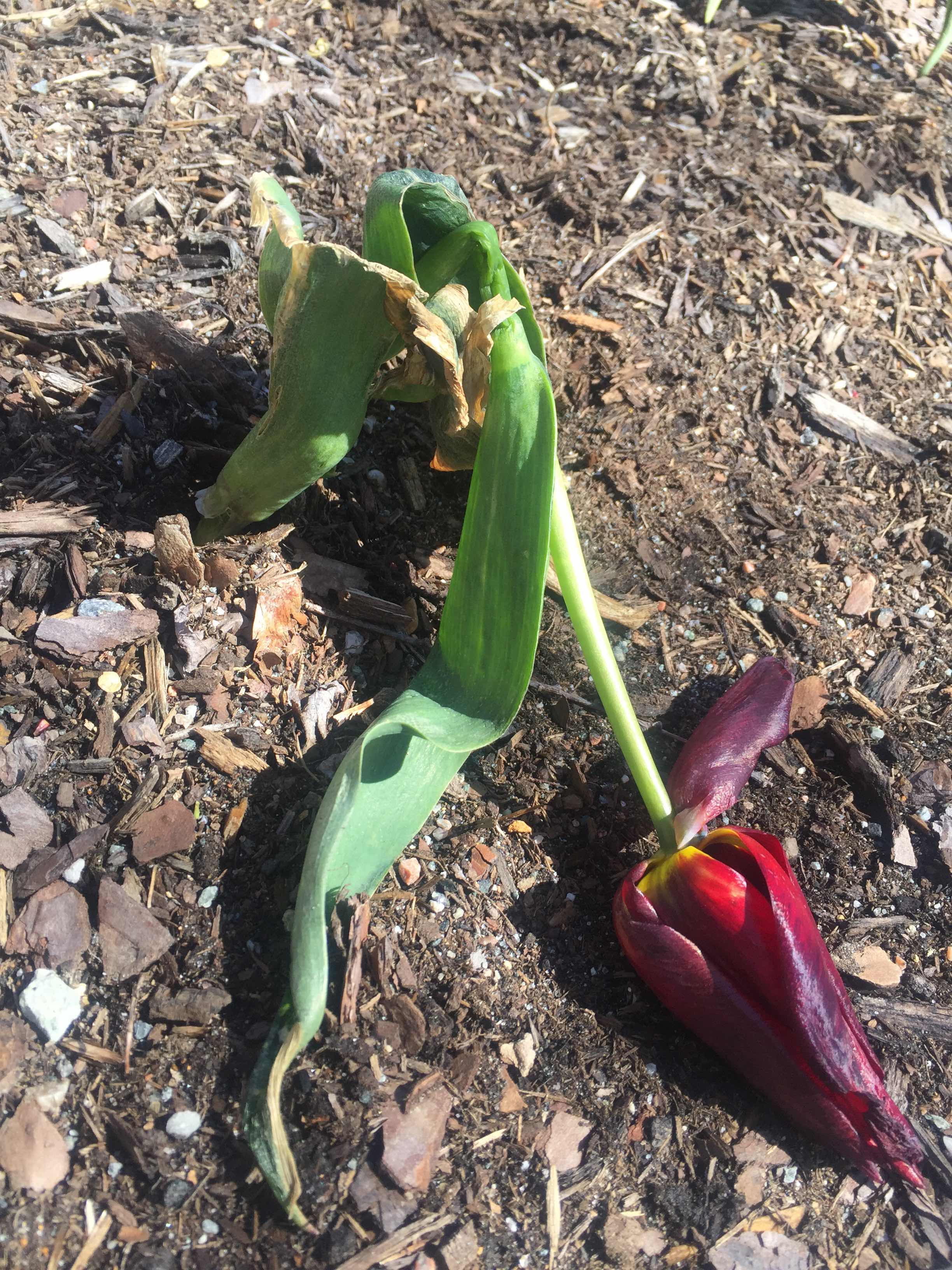 I believe "deceitful" is a bit harsh, prone to believe she's "full of herself" with her frosty farthingale draping my mountainside.  Belle's of the ball rarely want an affair to end, continue cavorting upon the dance floor desiring all eyes upon them.  I enjoyed following her buttermilk skies and mare's tails waltzing across peaks and valleys, smiled as her bare dew-kissed limbs escorted me trailside, welcomed her cool greeting grazing my cheeks each morn.

Yet, appreciation has its limits and mine's been met.  An elegant exit is as important as a grand entry and she has flubbed hers, returned for a third encore absent applause.  A diva's temper tantrum is never pretty and she's outdone herself.  I gently try to prop up a virginal bent beauty, ruby flush yet to fade.  Gaze around as other's have followed suit; no match for the wrath of last season's debutante whose flirtatious winks and beguiling smiles have finally grown old.  My infatuation a thing of the past.

I reworked the haiku.  This is not the original one posted. I write them in a single line reminiscent of the Japanese style.

farthingale:  also known as hoops.  It originated as a modest-sized mechanism for holding long skirts away from one's legs, to stay cooler and keep from tripping.

This is linked with "Imaginary Garden with Real Toads - Write Here. Write Now" (Scribble it)


As most of us know, many are still awaiting for spring to arrive or at least be given a chance to "dance".   We had an icy rain here with a touch of snow mid April ... that's crazy.

Love the picture, it blends so well with the words of your Haibun. I like these words "A grand exit is as important as an elegant entry" so true. Your Spring sounds like ours here in Nova Scotia, Canada. We are fearing that warmth and flowers may never arrive. :-)

"Belle's of the ball rarely want an affair to end, continue cavorting upon the dance floor desiring all eyes upon them"... oh yes 💜 but then again don't we all?☕

Enjoyed it very much!

I read this as being very very much about season... the fickleness of spring coming dancing, and then leaving again... love how you tied it together.

Nice description of returning for the third encore without applause.

Once again nature is your muse and you bring wonderful metaphor into play.

"A grand exit is as important as an elegant entry"...wow. Up here in VA the daffodils and narcissus are all bloomed out, the flowers are no longer on the trees. A truly beautiful haibun. I think the end qualifies as an American sentence...but from first word to last, this evokes the changeability of the spring season.

You painted her portrait so clearly, i can see her!

I love this extended metaphor, so well crafted. I agree that the image is perfect for the haibun itself. I agree with toni, the American sentence is really a haiku.

Nice to read, Margaret. Nature's show this year has been special, flirting with spring, then reverting to the hiding place of winter. I also learned of the farthingale as I had not known that word before. I knew 'hoops' but for sure I didn't know they had a purpose other than to help create elegance.
I have been calling your Haiku the "American sentence Haiku," invented by Allen Ginsberg. Some others do also.
..

A nice way of both venting and distancing yourself from the frustration of the waiting.

This is so clever!