"From One Butterfly to Another"


From one Butterfly to Another

Remembers
how beneath blue skies
you fluttered away before being crushed

and I take note the dusty road
boardered with wildflowers and weeds
may not lead to paradise,
but certainly escape

for which I too may claim.

This poem is for "Imaginary Garden with Real Toads - Music with Marion"  Watch the video and become inspired... I just voted down my reaction to this song by "The Lemonheads" and this is what transpired.  The few clips of Johnny Depp in this video - does anyone know what movie this is?
Posted by Margaret at 12:09 AM 7 comments: 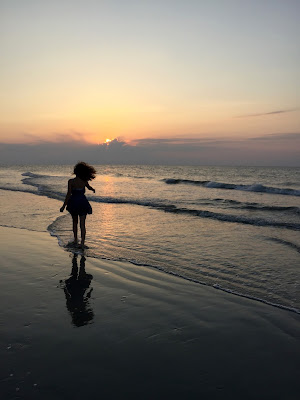 This poem is a slowly rising sun
peeking from behind grey-blue clouds,
a splash of ocean spray upon clammy, heated skin,
a pelican skimming rolling waves searching for sustenance.
This poem is priceless.

This poem is a hand upon the small of your back,
empathetic and concerned,
a motivated salesman with sexy brown eyes,
a compass pointing the opposite direction.
This poem is a solicitation.

This poem is a lavender scented invitation,
a lovers' hand playfully tugging,
a silent prayer, joyful tears, a hammock
sagging with the weight of two.
This poem is a blessing.

The above image is one I took of my daughter early morning this past week at Hilton Head - the only one who made it up to join me for a most gorgeous sunrise.
Posted by Margaret at 10:44 PM 14 comments:

"In Search of Grace" 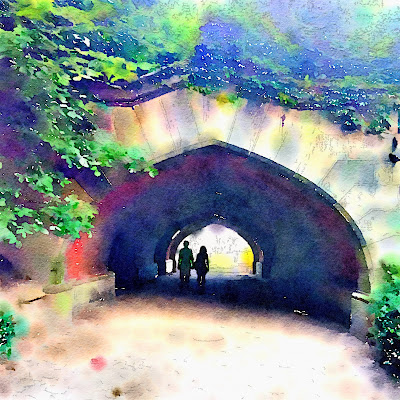 In Search of Grace

Time has changed me, many ways for good
though a few vices have certainly taken root.

Lately find myself missing the old (the young?)
me I've seemingly left behind.

Awkward as she was, I miss her sweetness,
her naiveté, her ready laughter.

Each morning search for a softness
I'm hard pressed to find.

Glimpse her in my youngest's hugs,
an old song, a look in my husband's eyes;

Reach my hand out, invite her back.
Find she is very shy.

This is for "Imaginary Garden of Real Toads - Sunday Mini Challenge - Goodness Gracious"  The above photo I took in Prospect Park, Brooklyn NY - and used the Waterlogue App. 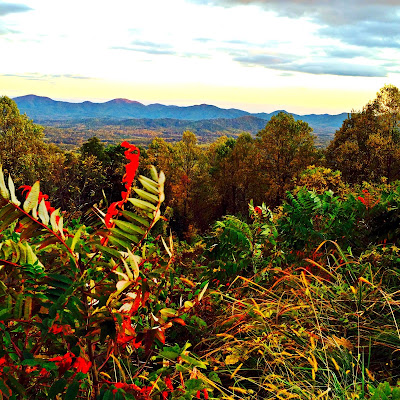 I open my palm, release into blue skies
melodious notes that drift back to me,
harmonize as I become smaller;

have faith you'll wing back
just as flaming sumac entices the Bluebird.

My heart line is deep and strong;
even a bit selfish.  Either way,
I gave my heart long ago

and each parting, each journey,
makes it both fragile and strong.


My children have taken wing this summer, some temporarily, two have flown my nest for good.   Below is a Facebook link to my son's two person band "The Messy Beds".

This is linked with "The Imaginary Garden of Real Toads - Let's Find Our Poetic Voice". 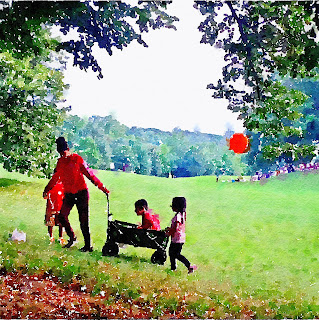 
I remember crying when I was about 7 years old over a balloon I had "befriended" for days and then seeing this short film in middle school years later.  The impression of this film has never left me.

I have been gone for over a week visiting my son in Brooklyn.  I thoroughly enjoy Prospect Park and am quite smitten with its creator, Frederick Law Olmsted.  Purchased a six volume set of his letters and it is quite a walk through the history of his time.  He was a man of many passions, the most known his "foresight of how large American cities would become and his designs for parks and suburbs to enhance the lives of their future inhabitants" (Central Park perhaps being his most famous - but arguably not his greatest achievement)  Niagara Falls, Capital Building, Boston's "Emerald Necklace" and so much more.  He was a journalist for the budding "New York (daily) Times and traveled to the South and became a leading writer against the institution of slavery in America.

PBS has an excellent series on him - Designing America - if you are so inclined to search it out.

This is linked with "Imaginary Garden with Real Toads - The Edge - what will we never outgrow?"  I hope I never outgrow a childlike wonder for nature and a belief that anything is possible.

An interesting article HERE, with an excerpt I snatched below. It explains the title "Greensward" a bit.

Olmsted used the style of the Beautiful—or as he usually called it, the pastoral—to create a sense of the peacefulness of nature and to sooth and restore the spirit. The Pastoral style was the basic mode of his park designs, which he intended to serve as the setting for "unconscious or indirect recreation." The chief purpose of a park, he taught, was "an effect on the human organism by an action of what it presents to view, which action, like that of music, is of a kind that goes back of thought, and cannot be fully given the form of words."11 In such designs there were broad spaces of greensward, broken occasionally by groves of trees. The boundary was indistinct, due to the "obscurity of detail further away" produced by the uneven line and intricate foliage of the trees on the edge of the open space. In other parts the reflection of foliage by bodies of water introduced another element of intricacy and indistinctness. The effect was reminiscent of parks on estates that Olmsted had seen in England, and it was the image of the rich turf of that country, which he described as "green, dripping, glistening, gorgeous," when he first saw it, that remained for him the model of the Pastoral style.