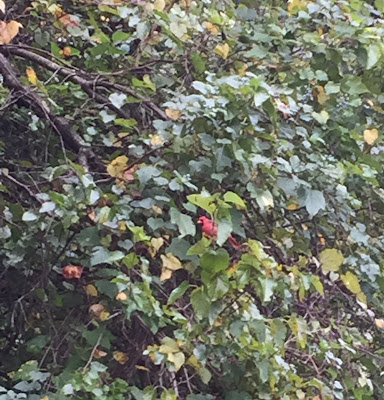 "Tread lightly!" I implore Jack Frost,
for I long to see


The cardinal grows new feathers August through September and the edges are tipped with brown which dulls their appearance until spring when the tips have worn off and becomes a bright red.  This is something new I learned today as I noticed the cardinals were a bit drab looking today.

If a heavy frost hits early in the season, the sun and cool nights will NOT have a chance to change the leaves to their rightful bright fall colors.  The sumac turns red first, so I guess it is not threatened.

I hope I make it up to the mountains before the colors peak - and I hope Mr. Frost politely stays away.

This is linked with "Imaginary Garden with Real Toads - The Tuesday Platform".
Posted by Margaret at 12:20 AM 19 comments: Yet there it sits, curvaceous;
merely ornamental upon my desk

a testament of bygone days
when words were cherished

now more often than not


This is for Magpie Tales 287.  It's been a while since I have played, but this challenge was instrumental to my creativity when I first started writing poetry!  It's nice to participate again.  Please do your self a favor and visit the other poets.

Someone commented my blog's "verification" is giving them trouble.  I checked my status and I have it turned off - there should be NO verification code to type in.  Please let me know if this is showing up if you post a comment.  Thanks.
Posted by Margaret at 1:22 PM 9 comments: 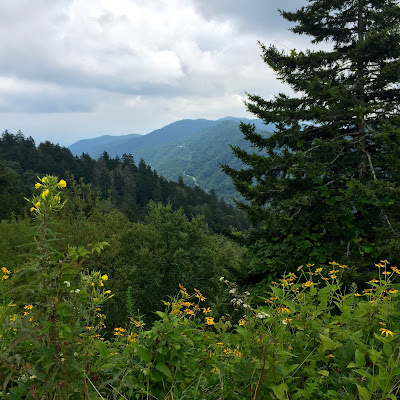 I long for moments of awe -
where time seeps into crack and crevice,

where allegro's finger
slows its vibrato,

where God's signet ring
dangles beside the forest path I tread. 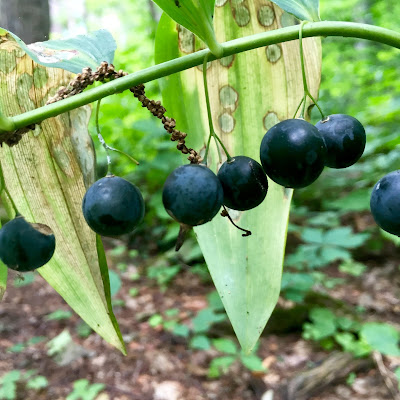 This plant which looks similar to a blue berry is actually poisonous however has been used for medicinal purposes dating back a very long time.  It is referred to as Solomon's Seal and was given this name due to its appearance at the cross section of its stem where it attaches to the underground root structure.  The legend of King Solomon's Seal is shared by Judaism, Christianity, and Islam.  The Doctrine of Signatures is a theory that plants were "signed" by God to indicate their intended use by man.    I at first thought it was a choke berry - but the leaves were markedly different.


This is linked with "Imaginary Garden of Real Toads - Let's Go Back to School" where I was inspired by the poem "Rome" written by Waseen Asmal:

an excerpt from the poem "Rome":  (for the full version, click on the name above).

Time has seeped into
the cracks and crevices of
the once mighty Rome
breaking it's walls
and leaving it crumbling in the dust.

and also linked with the Garden's prompt "Play it Again, Toads".   I chose the archived challenge "A Word with Laurie - allegro"  where I not only had to use the word "allegro" but had to keep the poem to 8 lines AND write it within a minute's time.  I took a minute and a half (sorry) but it took me quite a while to research this little poem.  It took me forever to find out what this plant was - the choke berry leaves are a bit serrated - so I looked for about 45 minutes until I finally found the correct leaf shape.

Someone commented my blog's "verification" is giving them trouble.  I checked my status and I have it turned off - there should be NO verification code to type in.  Please let me know if this is showing up if you post a comment.  Thanks.