It's an ending
and a beginning
for the G-Man

a threshold to Fridays
with no boundaries,
no commitment -
where impulse rules
and kick-ass weekends
begin early.

It's a handing over
of the controls,
despite our irrational tears,
collective sighs.

Deflected with
"I'll still be around"
yet a favorite haunt
won't be the same.

Mr. Know-it-All, the G-Man, also known as Galen Hayes - a first class gentleman and friend to all who visit his blog is passing the torch after seven years of the beloved "Friday Flash 55".  He has passed the torch to Mama Zen & Fireblossom and the new day will be Tuesdays, starting on April 8th over at Fireblossom's blog "Shay's Word Garden".

If I can think of one person who has helped me become a better, more concise poet, it is Galen.  I often lack confidence in artistic endeavors, and he makes me feel like I have succeeded in creating something worthy of reading.  He made Thursday evenings and Fridays a time I looked forward to and rarely missed since I began in the fun on January 13, 2011.  Over the years, I have written 109 FF55's and in honor of my high regard for you, Galen, at the top of my sidebar I have a permanent link to them all.   I will also be creating an iPhoto (Mac) book for myself as they mean a lot to me.

My very first one was "All's Fair in Love & War" -  I remember how I struggled with this story - sure I'd never be able to write a 55 again.  But with his lovely encouragement… "In your very first attempt you have perfectly captured the essence of the Flash 55… " I decided to try again (and again…)  Well, I'm not sure I ever wrote a story 55 again, but I usually did write 55 words of poetry.   (sorry, Galen, I know how you LOVE your stories).

I hope I see everyone that has hung out here "over there" on Tuesdays as I truly enjoy all your creative voices.  Galen, I'm talking to YOU to!  It truly would not be the same without you - it would rip all our hearts out if you ride off into the sunset and leave us behind!

This is, of course, linked to Friday Flash 55 … for the last time.

I've also misused the Imaginary Garden of Real Toad's - Mind & Symbol challenge hosted by Hedgewitch and bent the rules a bit.  It was a word list to be used for dealing with 'dreams, the mind, symbols or the unconscious."     Perhaps it fits as I am a bit emotionally sad right now.


** If requested I will remove this image.  I did not get authorization, but I thought the image perfect for Galen.  The website itself is really cool to peruse - Mr. Beadle travels on his motor cycle and photographs amazing places.  He has a blog, twitter, and portfolio … and lots of links to his travels.
Posted by Margaret at 11:14 PM 25 comments: 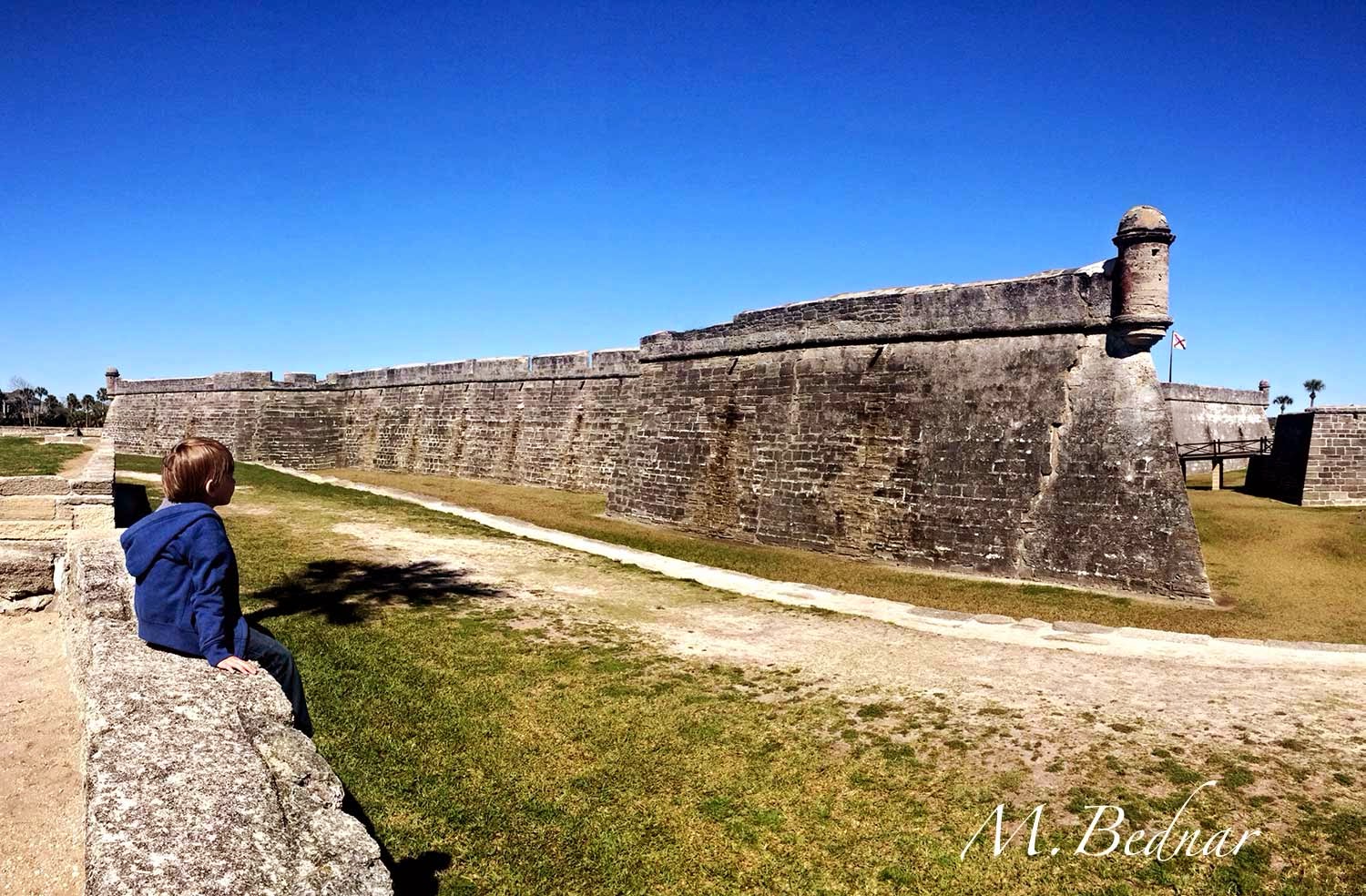 has absorbed all blows, never bowed to force,
gracefully welcomes today
those who seek a peek inside,
run around upon manicured lawn,
or lean upon her bold, fortified walls

to listen for sounds of soldiers
from the past, for brave souls
who've never abandoned post. 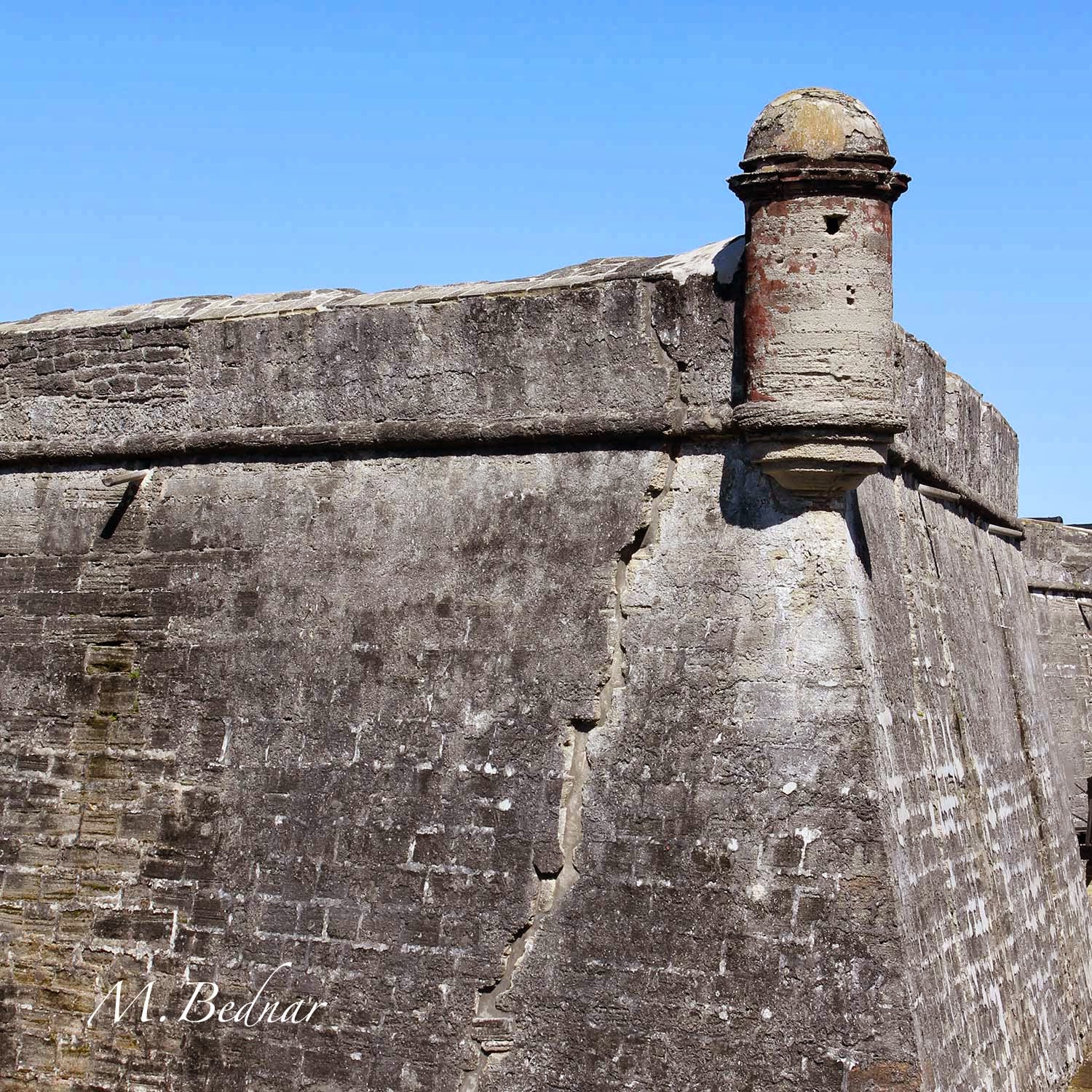 Are the walls of the historic fortress, Castillo de San Marcos in St. Augustine, Florida, haunted?  Some say yes!  This fort has protected soldiers, housed families - over 1,000 town folk, and kept many prisoners within it's walls - many stories held here.

Coquina is the impenetrable and shock absorbing mixture of ancient small shellfish that died long ago and whose shells have bonded together to form a stone.  The mortar was comprised of crushed oyster shells (which made a powder called lime) and was mixed with sand and water.  This mortar still holds the Castillo together today.  It took 23 years to construct, being completed in 1695.

My six year old son is standing beside the palm tree. 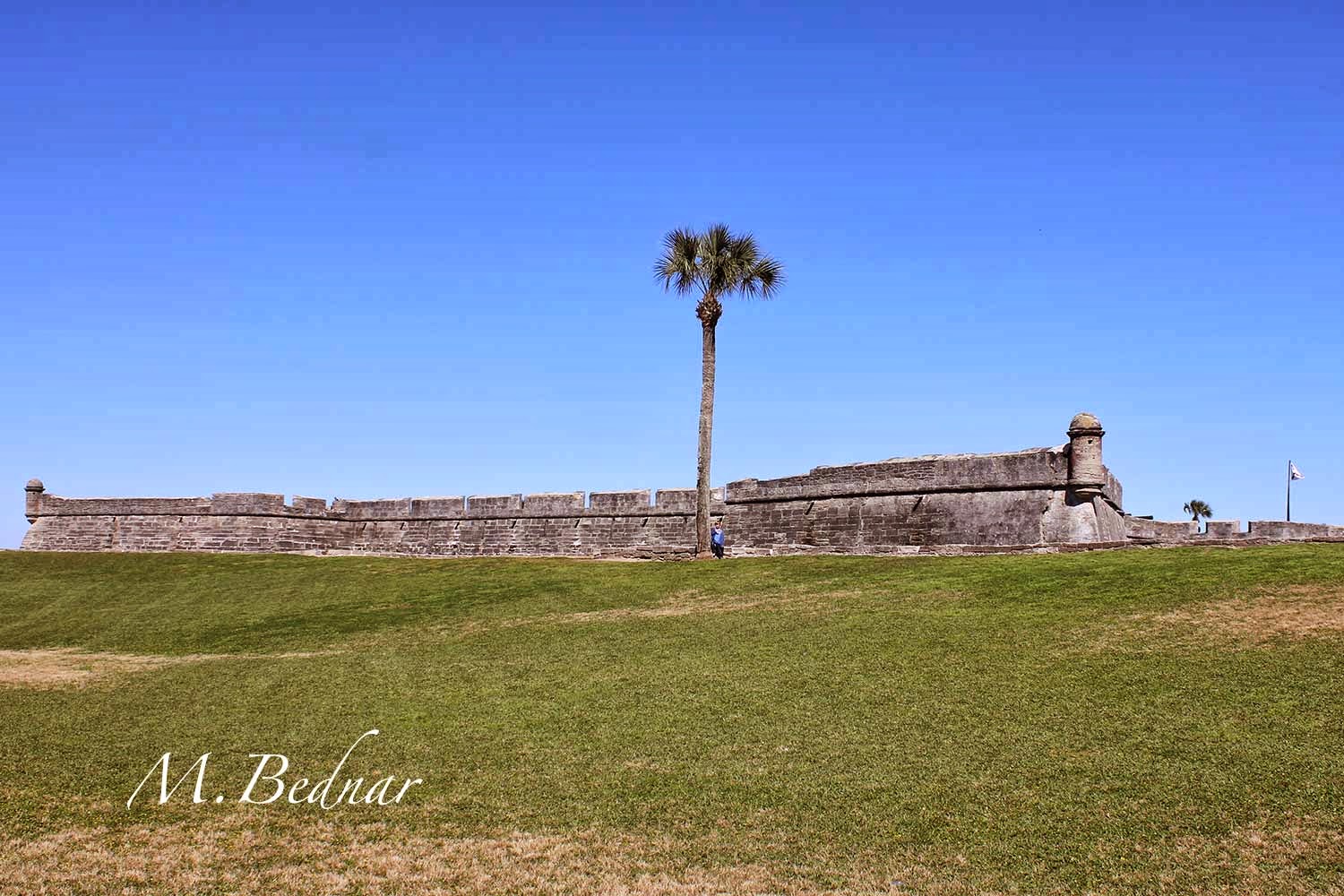 This is linked with Imaginary Garden with Real Toads Open Link Monday.

Below is an arial view of the fort which I took from this website:  Augustine  There was a moat around the castle as you can see more clearly below. 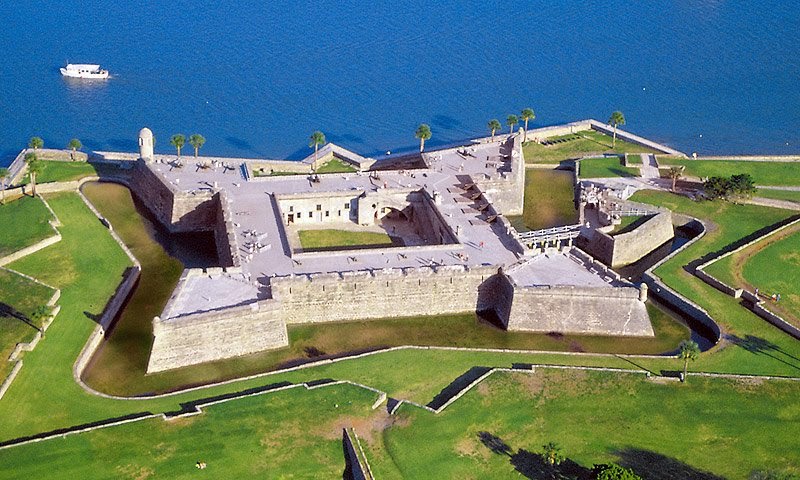 Not my video (I don't know the guy) but he does a pretty thorough tour (he really likes the canons)… it's about 9 minutes long.

"it's better to look at the sky than live there.  Such an empty place; so vague.
Just a country where the thunder goes and things disappear."
Holly from "Breakfast at Tiffany's - Truman Capote 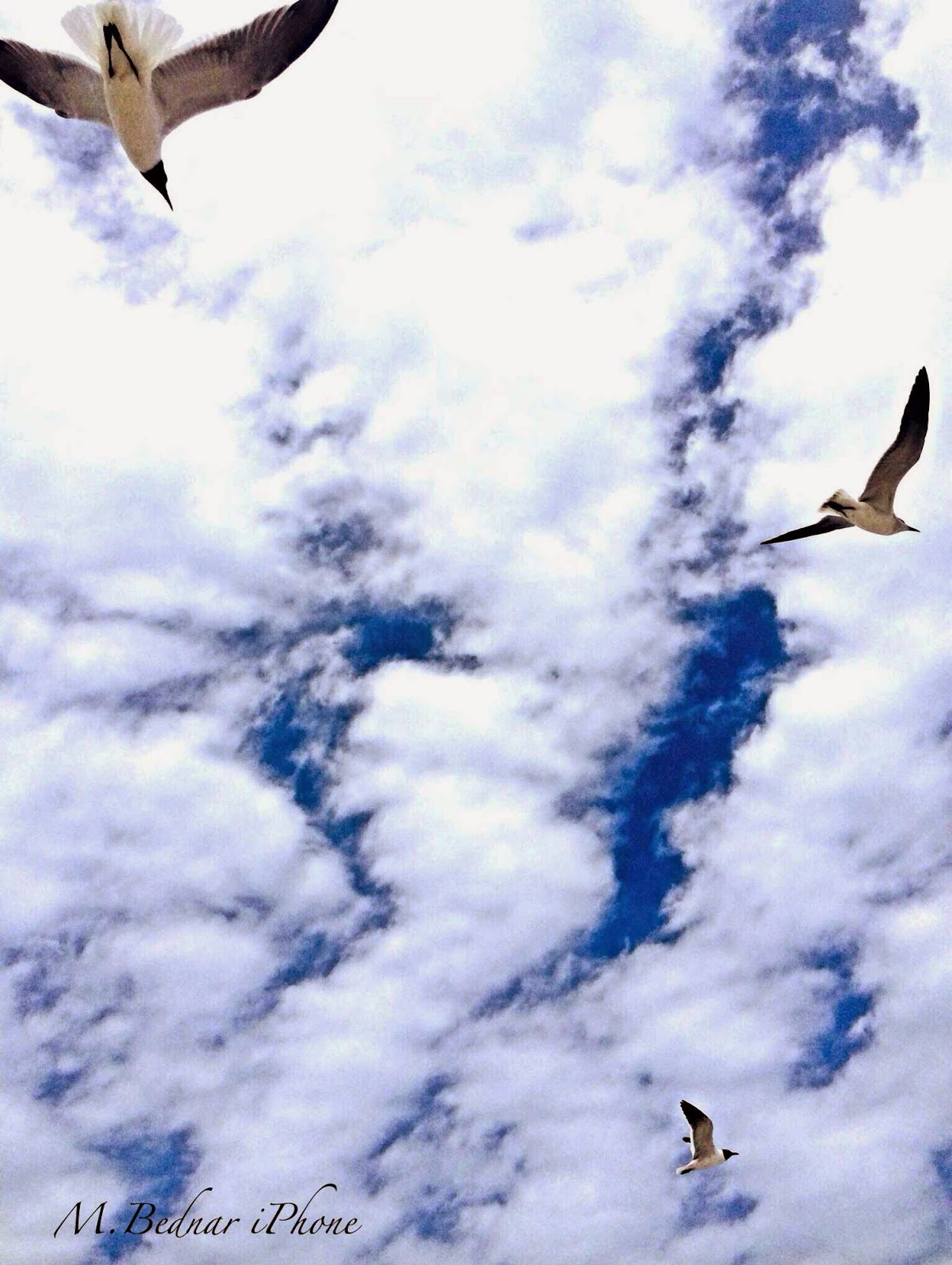 Unbounded, immeasurable is the sky
where I whisper secrets, fling dreams,
have done so ever since I was a little girl

who, with far-reaching loneliness
looked to the clouds for comfort,
at times for assumption.

When will I learn to trust boundless love,
accept you won't rumble discontent,
criticize; realize there is no need
to hold my breath or hide?

This is for Imaginary Garden with Real Toads "Play it Again, Toads #3".  I selected the archived challenge "The Story' - select a quote from "Breakfast at Tiffany's and write a poem in any form or style which explore the thoughts which arise.

When I was a young girl and teenager I adored the old movies and loved to read - often outside beneath the clouds with my beloved cat. Over two years ago I wrote a poem "A Summer's Breeze".  I was quite shy and well, I had low self-esteem for one reason or another.  I remember often holding my breath - if I was scared, embarrassed, shy…  I truly have buried my insecurities, but at times "she" does reappear - funny how we resurrect our past at times… 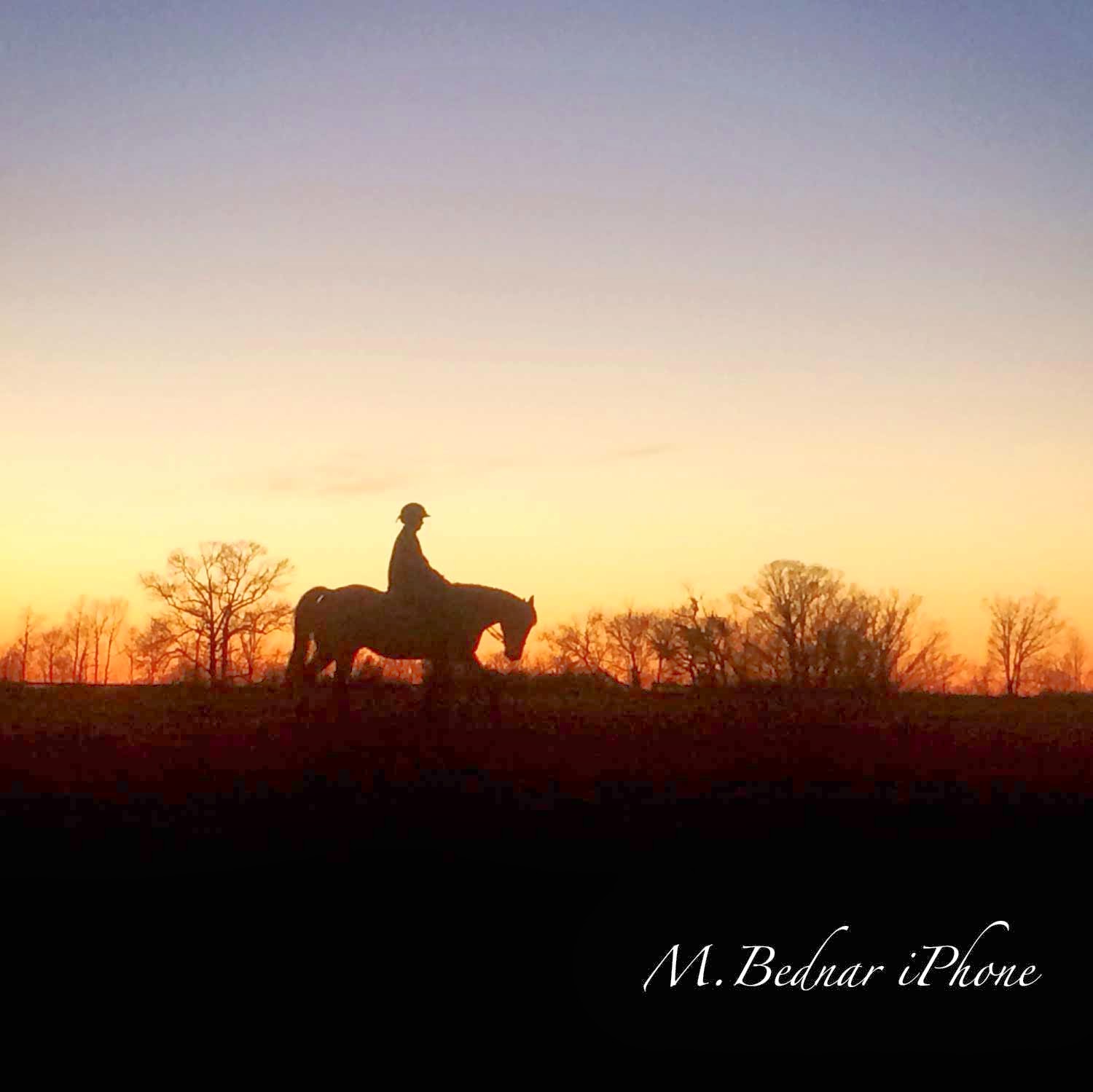 Jays and crows wing carelessly
over towering, barren canopy
as bluebirds and robins flutter
purposefully amongst bushes
whose branches have yet to yield green -

yet the fragrance of spring,
granted not Tulip trees nor Dogwood blossoms,
is here in the earthiness of damp dirt
and rotted leaves baking in afternoon's sun.

Ash and Oak still showcase abstract
patterns of bizarre, twisted limbs
but scampering squirrels
delight the eye as we wait for leaf and bud.

Perhaps my favorite is a softened palette
watercoloring evening's sky
as ducks and geese quarrel and forage,
prepare for new life

while I, t-shirt clad, watch my daughter
ride pony over hill and field
as sunset winks, promises curfew
will be loosened a bit each day. 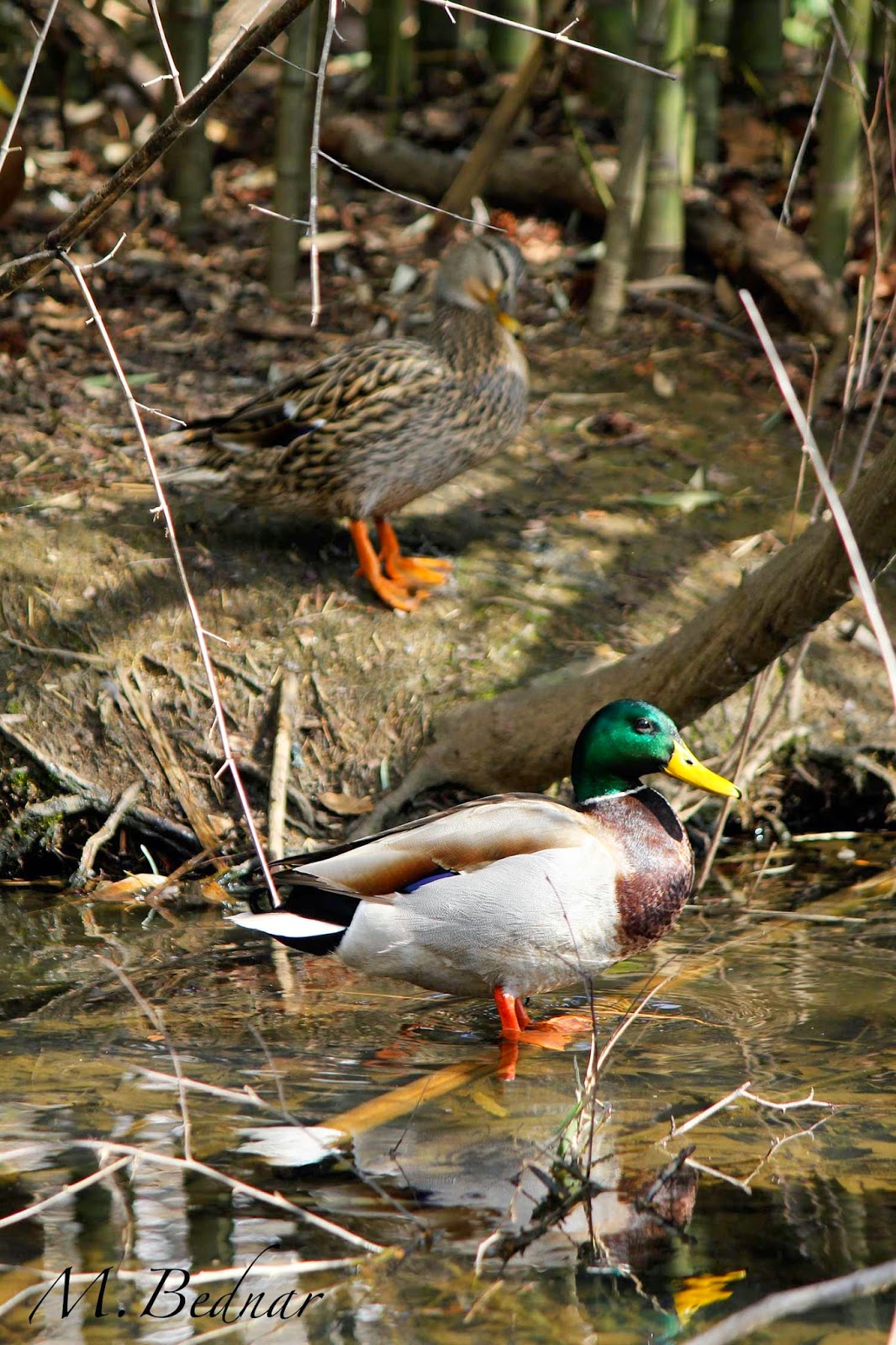 This is linked to Imaginary Garden of Real Toads "Camped Out in the Garden" challenge.  Our host, Herotomost gave us three choices and I may have stretched the limit as mine is NOT about camping but I did try and rise to the "Lewis and Clark" option.

Camping was the only way my parents travelled - I remember staying at a motel (not hotel) once when it down-poured - otherwise we camped.  The smell of the moldy canvas tent, the hard ground (no softened pads for us), the early morning rising so we could continue on the car journey that never ended (they traveled as far as they could go in one week).  I remember wishing we could stay and play, swim, etc., but that was never allowed.

I love my hotels, my down comforters, clean bathrooms, pools, breakfasts.  That's my kind of "roughing it" :) 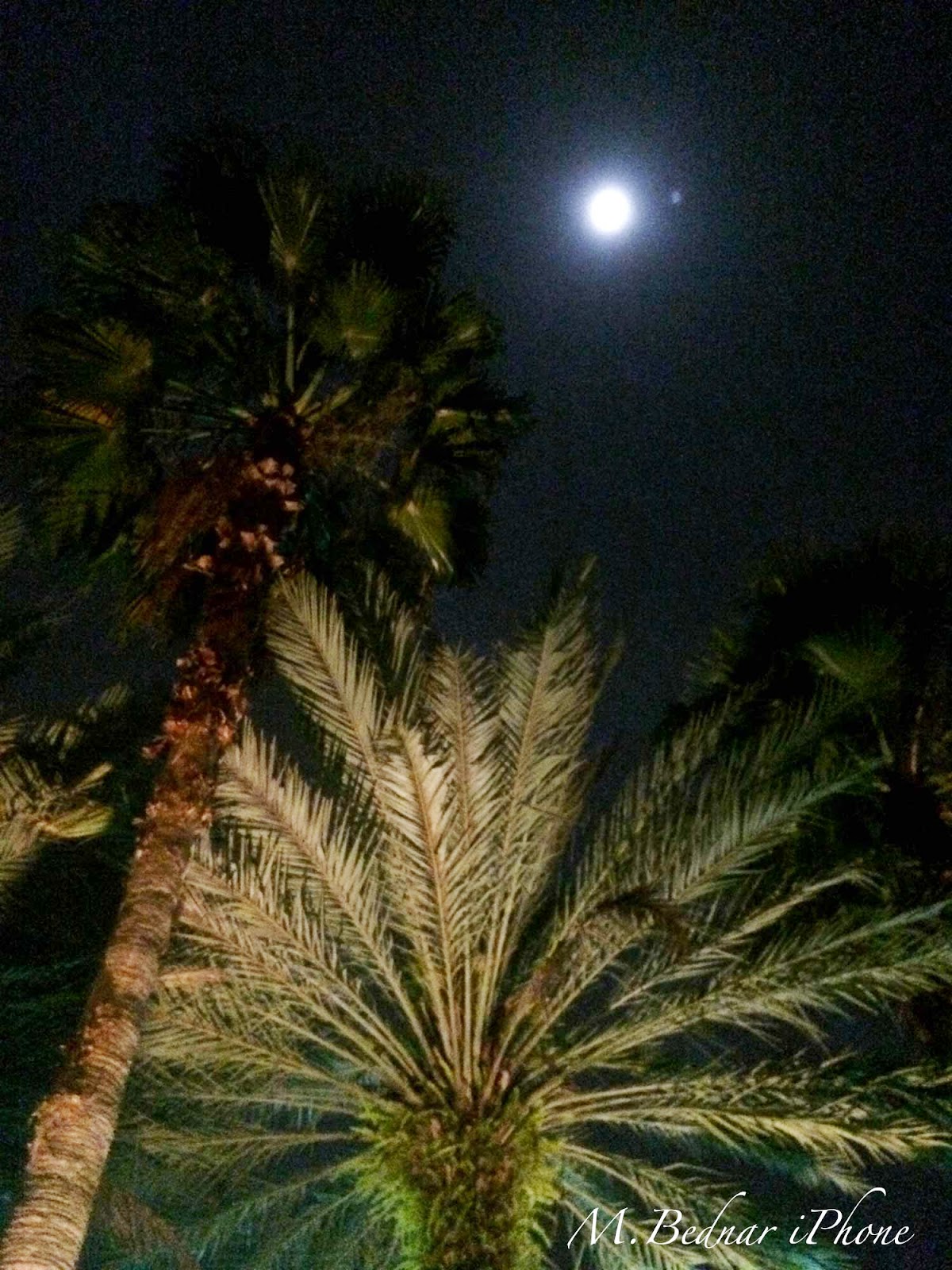 Oh swarthy, starless night,
your filtered, speckled light fans
through green feathered leaves
as I muse my yesterdays,
my tomorrows.

I'll take that as absolution.

Perhaps it's the martini,
but I feel lighter.  I stir your reflection,
take another sip, and sigh.


I was on spring break with three of my children - their favorite city we visited was Savannah, GA.  I do adore that city as well, but I fell in LOVE with St. Augustine, FL.  Perhaps because it was my first time visiting this place, but the beach, the history, the architecture … I needed more than a day and a half.  I will be back.

This is for Friday Flash 55 with the G-Man - he will play host only one more weekend after today.  He has hosted for seven years and is passing the baton onto someone else whom he will reveal next week - but he promises to stick around and continue joining in the fun - so that makes me happy.
Posted by Margaret at 11:39 PM 15 comments: From the vantage point
of an adirondack chair
I breath deeply,

worries.  I'll pack them up,
carefully folded, carry them,
much lighter, homeward.

I'm my past, present, and hopes
for the future; an inseparable trinity,
my unique cross to bear.

We all need more vacation time (and I'm not necessarily referring to the college age spring breakers ;)  to reflect, relax, and reinvigorate.   This is a photo of the last morning of my vacation on the beach of St. Augustine, FL.

This is for Imaginary Garden of Real Toad's "Open Link Night".  Obviously I am submitting late. 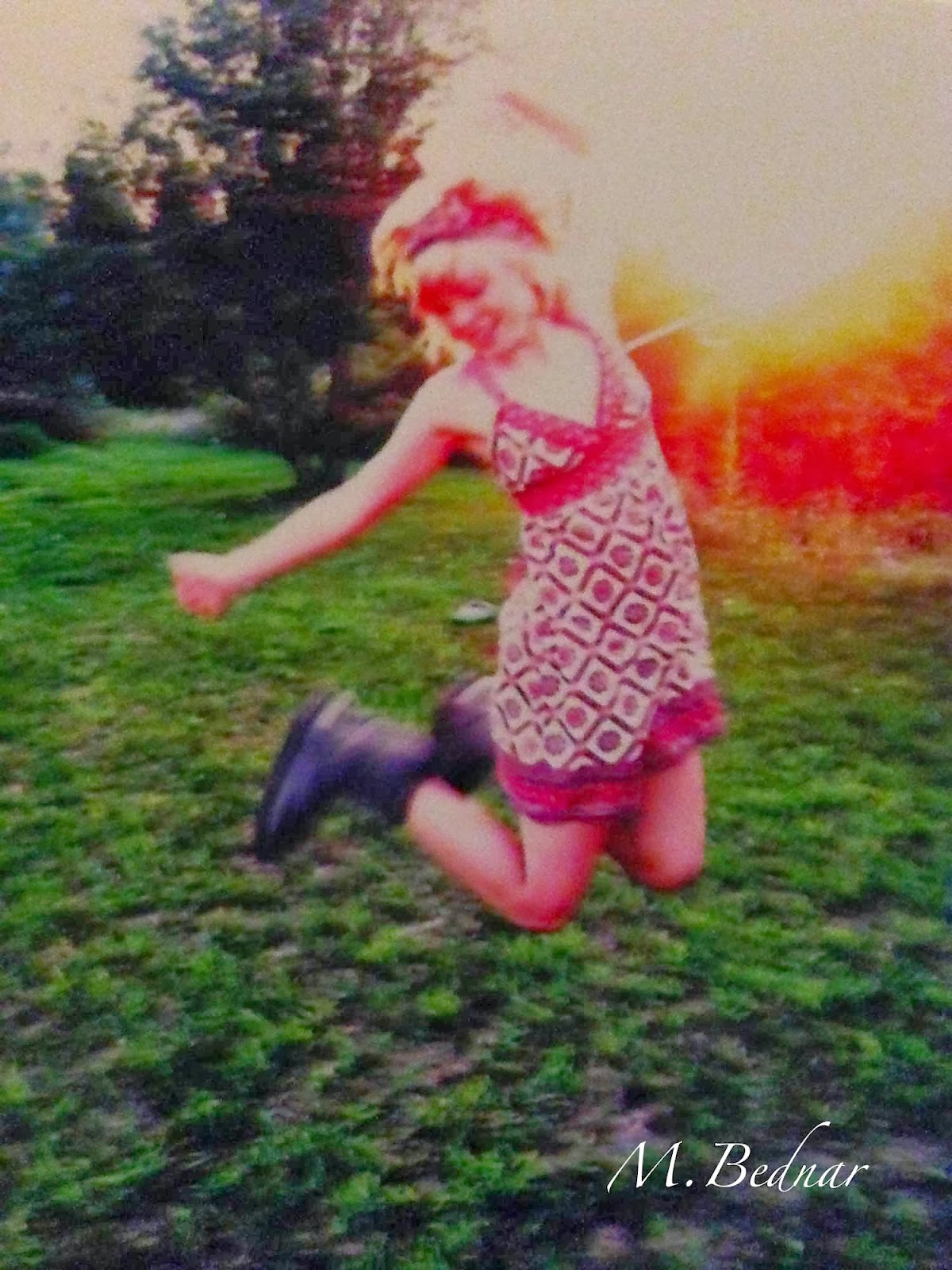 There is a shine to innocence
reminiscent of a perfectly rounded red apple
before the bite, before one negotiates price
above a crime-filled subway

Boho's a lifestyle
without a thought towards chic,
co-exists beside Bowery bums
sprawled, huddled, & homeless.

Musicians stroll, can in hand,
beg a few coins, for that's all it takes
for a toke to escape
from the shirtless among litter

& the dreamers
have not been warned.

This is for the Imaginary Garden with Real Toads - Personal Challenge.  Marian Kent tapped me to do the impossible (for me).  To write a poem evoking, sited in, or inspired by the bohemian New York City of Patti Smith and Robert Mapplethorpe (late '60s/early 70's)  She gave me a lengthy list of possibilities … but the ending idea is probably what I grasped … "so long as what you write gets its inspiration here".  I must say, the 70's nor NYC are my favorite topics and I never would have written about them if left on my own.

I have been on a blogger break (cleaning and purging stuff from closets, attic, etc) and have plans for this whole week which will keep me away, so I will be absent a bit longer.  I miss my Toads and blogging buds - and will be back soon.

HERE is a fascinating blog all about NYC "chronicling an ever-changing city through faded and forgotten artifacts.  ENJOY.  Be sure to note the "categories" in the right hand margin.