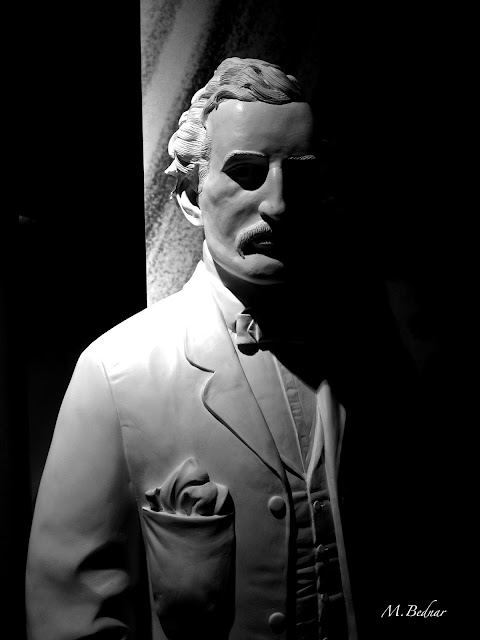 Our cause being lost,

I have given up all
that makes life sweet and holy.

Repent?  I may before God,
but not man.

With the curse of Cain
I must fight the course,

God simply made me
the instrument of his punishment!

May He let me die bravely;
'tis all that's left me.


Check this out on Chirbit

This if for Poetry Jam - this week's them Forgiveness (or lack thereof!)

and Friday Flash 55 (next week July 12).  Below is the appointment book John Wilkes Booth carried on his body and  wrote in after the April 14 assassination.  HERE is the entire entry.  Being an actor, he loved words, drama, and the limelight, but I took the liberty to shorten it for him in 55 words :) 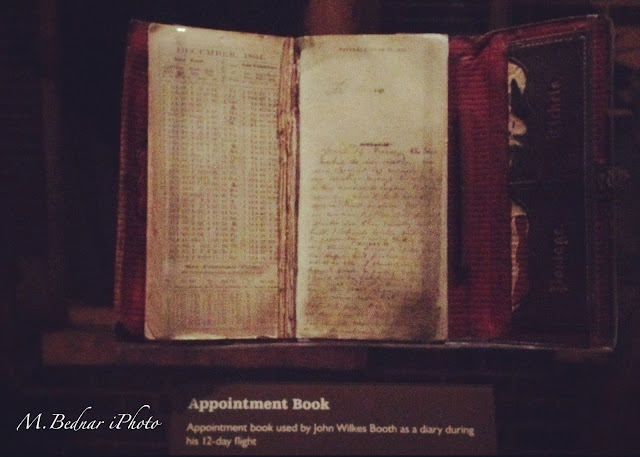 The first place I visited in Washington D.C. was Ford's Theatre.  I sat in the seats and looked up into the balcony where Booth shot President Lincoln and then he jumped to the stage shouting in Latin "Sic simper Tyrannis" (Thus always to tyrants). 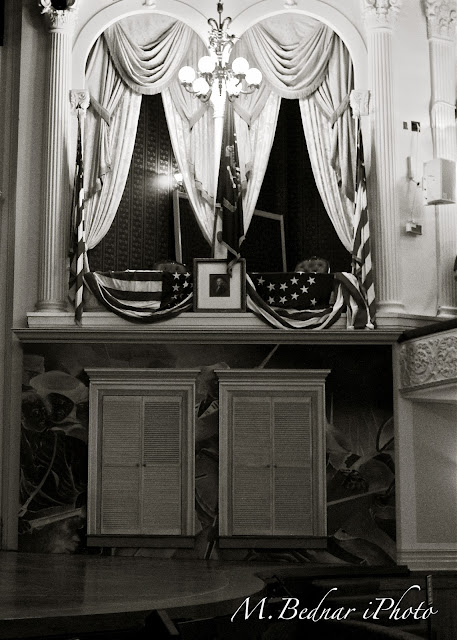 A walked the winding stairs upon which Booth tread, derringer in his pocket, vengeance in his heart.  Before Gettysburg, Booth's original plan was to kidnap Lincoln and transport him to the South.  If he had been successful, history would have rewritten him a hero as the "winner" writes the pages of history. 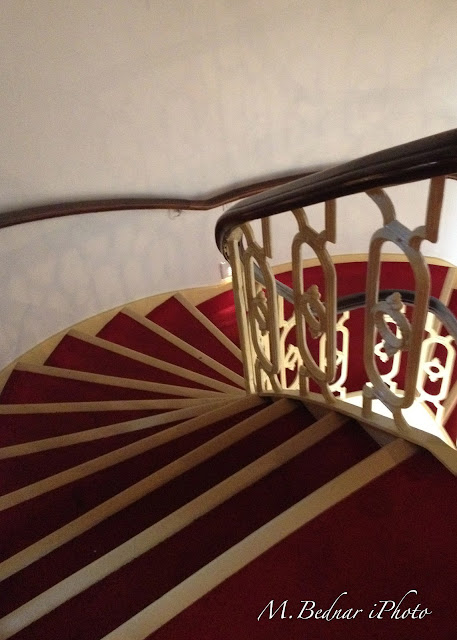 The museum under the theatre is amazing.  I spent two hours slowly absorbing history and viewing the actual pieces that carried out this tragic deed.  Booth's actions killed the very man who would have shown compassion and forgiveness to the South... instead, healing took a very, very long time. 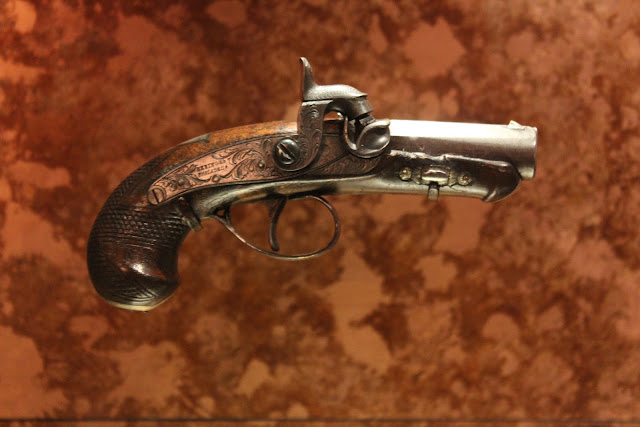 i like your look at this piece of history.

nice...i like the bit on the curse of cain...and the attitude as well in repenting before god but not before man...says much of his character....or him as a character...

Very interesting background on John Wilkes Booth and poem based on his diary entry. I hope too that he asked God for forgiveness. I do not believe that God made him the instrument of his punishment. I believe that Booth chose his own actions and cannot blame God in any way for his own act. Your pictures are truly stunning.

Yes, don't many "guilty" blame everyone but themselves. Yes, I believe Booth chose the wrong path, but the mind of a killer must make some sort of excuses, right?

Fascinating. The photographs are stunning. I wonder how it would have changed history if things had been different but then, it couldn't have been any different in reality, could it. It was meant to be the way it was. He sounds like a defiant man right to the last.
Glad you enjoyed your visit there :)

A fascinating post - the photos are stunning. I love his saying "tis all that's left of me."

Unforgiving and furious. Yep, fascinating. It's easy to say forgive - I wonder just where it seems impossible.

Wow! Great history, great photography and a great abridgment to go with it!

This is my first time to your blog and I am taken by your photographs. I will return later to read more of your poetry. :)

A unique historical take on the prompt and great photos.

fascinating! I love those stairs and I love your header for july!

This is awesome, Margaret!

I've always found the stories surrounding the assassination of Lincoln quite fascinating, most especially the last days of Booth. You've done an amazing job capturing the essence of his last days.

Thanks for the lovely pictures ~

I like how you weaved forgiveness to this part of history ~ But he chose his path, and so he must take the consequences ~

I like this unexpected take on John W Booth. Nice photos too--the statue and the stairs are my favorites. Thanks for commenting on my blog as well.

a terrific telling, Margaret! and i enjoyed your additional photographs!

I have suddenly realized how much my mother would have loved meeting you, Margaret! She ate up history like you seem to do. WOW.