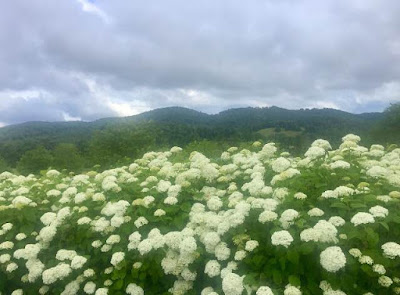 Snowballs sprinkle the valley,
soft breezes caress one's brow,
and to my eye, mountains with shoulders hunched
protect simple joys
that wind along the French Broad, gravel roads,
and the few true country stores yet to be found.

Weekend plans of leisurely hike pushed aside
as Jesus is coming this side of June -
Grandfather's meadows will overflow
as he hails evangelist, sermon, and song.

And I will linger upon my porch,
perhaps surrounded by an evening fog,
wrapped in solitude, homespun quilt, comfort & sounds
only a small mountain town can offer.

I haven't hiked Grandfather Mountain yet this year - was thinking of this weekend but it truly will be crowded there as Billy Graham's daughter will be the evangelist for this year's "Singing on the Mountain" event.
Posted by Margaret at 10:52 PM 5 comments: 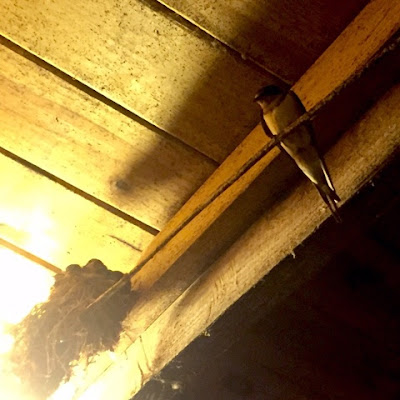 as mother settles nearby - swooping flight
and darting wing stilled for the night.

light switched off, feet shuffle as I walk well worn path
to nestle my own babes to bed. 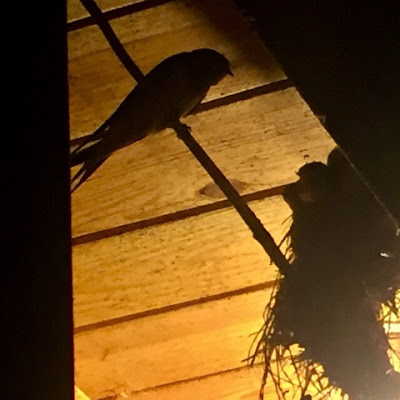 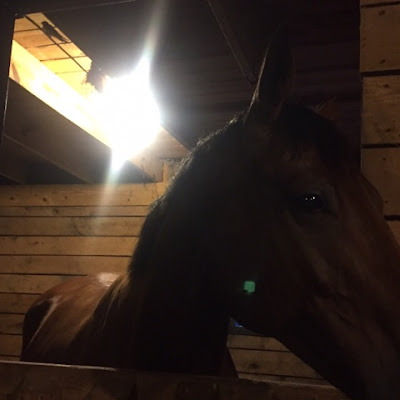 This is linked (LATE) with "Imaginary Garden with Real Toads - Words Count with Mama Zen"  Interpret a tarot card in 60 words or less.  I went over by one...

a translucent lady searching for love -
what Edgar, in vain, thirsted lifelong

clandestine ground where words surely wooed -
due a father's disdain, were doomed

Romeo to her Juliet; passion, tragedy, eternity -
fodder for which a poet's muse

could only bloom and grow.


I adore Ghost Tours, and this was one of the best I've experienced - largely due to the gentlemen who hosted us.  He was an actor, between jobs, and he knew how to tell a story, project so all could hear, and his ending recital of Edgar Allen Poe's  "Annabelle Lee" was mesmerizing.  The photo is NOT of her (six) grave(s), but another section in the graveyard.

As the story goes, Anna was rich and betrothed to another.  Her love was not her father's choice - the young man was just a private in the army - they met secretly in the graveyard.   Yet Edgar Perry (Allen Poe was his real name, but he lied about his name in order to be allowed to enlist) was transferred far away from Fort Moultrie.  Anna became sick and died - before Edgar could return.  Anna's father dug six graves - so Edgar would never know for sure where she lay in the place they once stole moments of love... 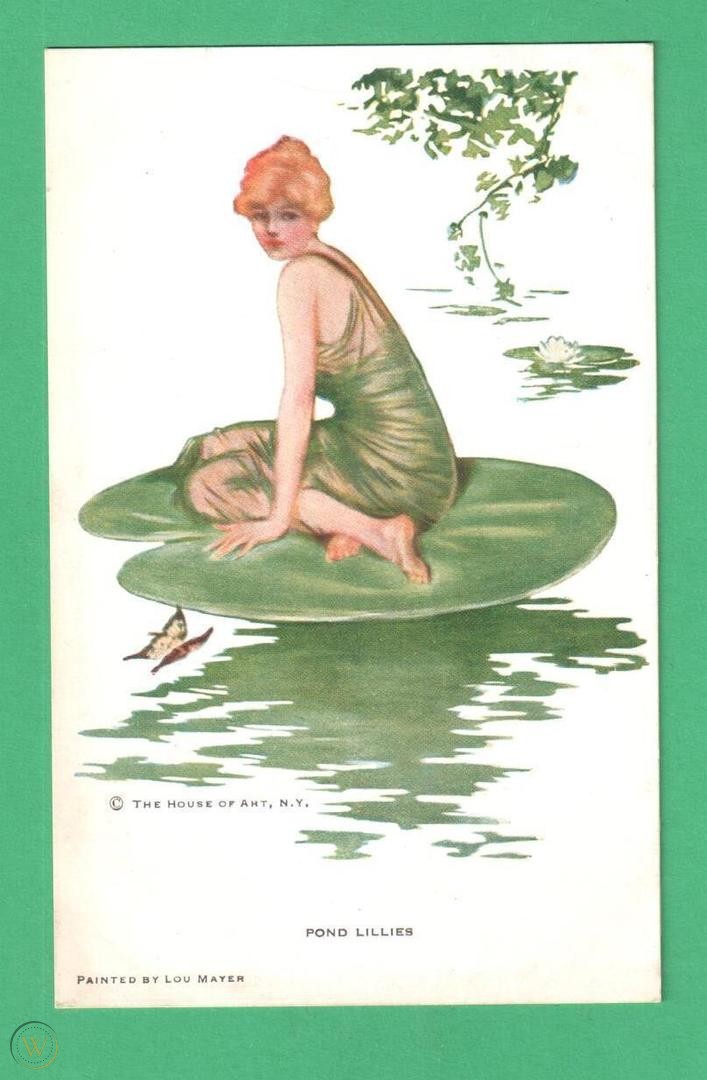